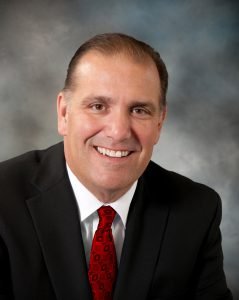 As your State Representative, Brad is focused on:

Representative Bradley A. Stephens was sworn in on June 29, 2019.
Stephens concurrently serves as the CEO of one of the most successful municipalities in the nation, Rosemont, Illinois. Prior to becoming mayor, Brad Stephens served the Village of Rosemont as a member of its Board of Trustees.
Rosemont is renowned nationally for its entertainment, sports and hospitality developments, welcoming an average 100,000 visitors a day. It is home to well-established and popular venues like Allstate Arena, Donald E. Stephens Convention & Conference Center, and Rosemont Theatre, all owned and operated by the Village of Rosemont.

Representative Stephens is a generous supporter of a number of charitable organizations, such as Rosemont Helping Hand (which benefits needy families in Rosemont), veterans’ organizations and children’s medical research groups. He received “The Hope Award” for his work on behalf of Bear Necessities Pediatric Cancer Foundation.

Representative Stephens is married (wife Suzi), and has 5 children.